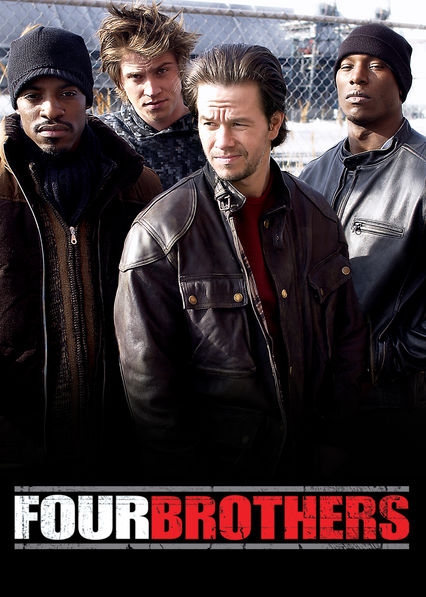 Four brothers is a 2005 action thriller, directed by John Singleton and staring the talents of Mark Wahlberg, Tyrese Gibson, Andre Benjamin, and Garrett Hedlund as four adopted brothers who return to Detroit their hometown, when their mother is murdered and vow to exact revenge on the killers. The movie also stars Terrence Howard, Josh Charles, and Chiwetel Ejiofor.

If nothing else makes this movie then it’s the strength of the cast. This movie has a very strong cast and it definitely shows. Even the setting and weather play such a strong role that at points it feels like it’s own character. The setting plays a major part in action scenes and in the movie in general that it strengthens the scenes.

Some of the notable cast members are the four brothers themselves. Without them the movie would be a flop. But it’s their performances, especially Mark Walhberg’s that set the move apart from an average action flick. Mark Walhberg is the big brother in the story and also on set. He took them under his wing during filming and his leadership pays off with not only one great performance but four.

I truly enjoy this movie and I really don’t have many complaints about it either. The only really nitpick I have with it is Sofia Vergara’s character. She’s a minor annoyance, but an annoyance nonetheless.  She doesn’t move the story plot wise and she takes away from the movies over all story. Seemingly the only reason she’s even in the movie is to have a female attraction.