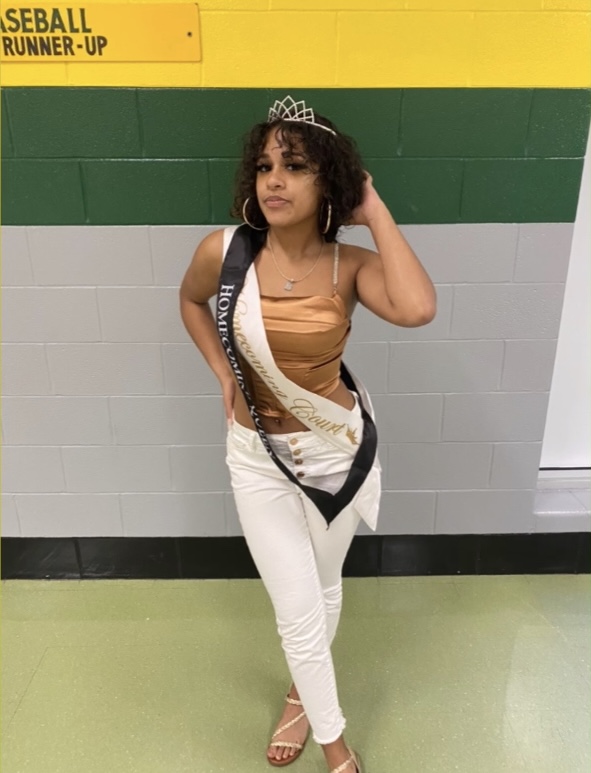 My name is Carmen Hamilton. This year I decided to run for homecoming queen because it’s my senior year. Running for things like this was never really my thing, but I decided I should step out of my comfort zone because it’s my last year and I didn’t really get a sophomore or junior year because of Covid-19. During those years I wanted to run for princess, but I was intimidated by the others running. I didn’t think I was popular enough or pretty enough to compete. I still felt that way this year but I’m really trying my best lately to not let my doubts and fears stop me from doing something in my power.

The process of being homecoming queen was a lot harder than I initially thought. I didn’t realize all the work that you had to put in which also made me want to back out more. Nevertheless, I still pushed myself. My friends and family also helped make me feel like it was the right thing to do and that I had a chance. I was very nervous having to talk in front of a camera that the whole school would see and having to walk across the field where most of the school, parents, and other school people would be without knowing if I would win or not. I was sweating through my shirt, I wanted to leave so bad. In the end I took home the crown, however it did not bring me the satisfaction I hoped it would. I didn’t like the fact that because I won someone else had to lose so I’ve just had this guilt feeling lingering around. I really am appreciative of all the people that believed in me; it kept me going, but at the end of the day this is not something I’d likely do again.